1. Location: The project is located at the intersection of Long Beach BLVD and the 16th street, where is the most central part of Long Beach City and only takes five minutes' drive to long beach harbour pier and yacht harbor for the wealthy. Address of the project: 1570-1598 Long Beach Blvd, Long Beach, CA 90813, United States.

2. Traffic Environment: The Project is located in Long Beach BLVD, which is the  widest road in the heart of the city. There are power trains on the road, which goes to downtown and LAX, the largest international airport of Los Angeles directly, and it is 500 meters away from the first highway in the united states - the Pacific Coast Highway and 10 minutes’ drive from the airport of Long Beach City. It only takes 30 minutes to drive on highway 710 from Community of SAN Gabriel in Los Angeles to center of Long Beach City. For residents living in southern California, it only takes 15 to 30 minutes to drive on highway 405  to reach  the project site. 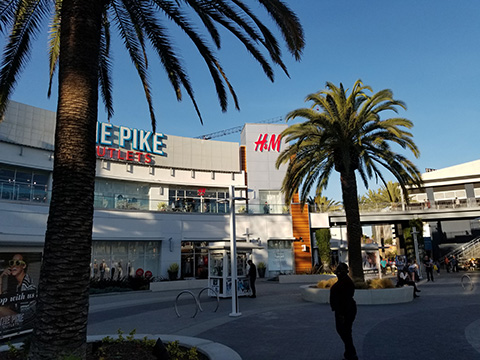 4. Education Environment: Long Beach City is the second largest city in Los Angeles county, as a matter of course , it is also the second largest industrial center of education except for the City of Los Angeles. There is California State University, Long Beach in Long Beach City, and Long Beach Polytechnic High School in 16th street, which is within 400 meters from the project,  and has more than 6000 students, recruiting international students at the same time. A new primary school is being built 300 meters away from the project site, and there are many state and private primary, middle and high schools within a 2-mile radius of the project and two community colleges in Long Beach City. Education in Long Beach City is relatively developed, in which 60% of the adults have accepted advanced education. There are Joint teaching area, California State University, Long Beach and Long Beach University, having enrolled 120,000 students in 1981. In addition,  there are more than 30 private primary and secondary schools and technical schools, having more than 60,000 students in total. It owns orchestras, light music groups and opera houses in Long Beach City, which are rare in American cities. Long beach's health care facilities are also very good. There are more than 2,000 beds in six private hospitals,  and 1,400 beds in total in US Navy's “ regional hospital”.

Long Beach is a city seated in southern California of the west coast. In terms of population, Long Beach ranks the second in the greater Los Angeles Area (the latest statistics of 2013 shows it has a population of about 600000) (second only to Los Angeles), and is also the fifth largest city in California.

Port of Long Beach is one of the world's top ten ports with the highest delivery capacity. The oil industry is also important in this city, where the oil is mainly developed in the underground and offshore areas.

Long Beach, located in the western part of California, is adjacent to St. Peter's Bay. Long Beach has an area of about 126 square kilometers. With oceanic climate, Long Beach has a moderate climate with little snow in winter and no intense heat in summer.

According to population census of the U.S. in 1980, Long Beach has a population of 361,334, with 74.7% of white, 11.3%  of black and 14% of Spaniards, among them Asian descents accounted for 5.4%. The history of Long Beach is not that long. In 1809, the population was only 564, and the urban population increased to 20000 in 1907. Port of Long Beach began operations in 1911. Oil was found in both land and coastal area in 1921, and the operation of the port and the exploitation of oil had  promoted the economic development of the city and led to population explosion in Long Beach.

Long Beach owns a complete range of industrial categories, with the financial budget of $ 1 billion a year, where oil, ports and tourism are developing rapidly. The main industries of Long Beach are oil industry: mining, refining and processing; Aircraft manufacturing: McDonnell Douglas Aircraft Manufacturing Company, which employs more than 13,000 people; Port: the world famous Long Beach Deepwater Wharf, built in 1911, can dock a cargo ship with a total capacity of 165,000 tons. In 1981,  4,200 ships were loaded and unloaded, 70% of which were container ships and the cargo was 48 million tons.

Long Beach has ports, airports and rail transit, and it is very close to Los Angeles, which make it an EASY-ENTRY. With abundant natural resources, beaches, long coastline, beautiful natural scenery and numerous cultural entertainment, its tourism is very developed.

In addition to natural scenery and beaches, the city has the following facilities:

1."Long Beach International Conference and Entertainment Center", containing a showground of 15, 000 seats, a exhibition hall of more than 90,000 square feet and a theatre of more than 3,000 seats, etc. It can be used to hold international conferences, exhibitions as well as song-and-dance festivals, etc.

2. “The Queen Mary”. The ship was delivered in 1926. In the 1980s, Lezer Limited bought the managerial authority of the ship and spent a princely sum of $10 million to decorate and renew it, making it has not only a small banquet hall for 20 people, but also has halls for more than 1,000 people to hold large receptions. No visitors in Long Beach shall miss the chance to visit the ship.

3." Giant Airplane with Eight Engine ". The fuselage of the airplane is made of wood and is parked in a dome shaped aluminum hall. President Reagan had participated in the celebration of the first use of the hall. In 1983, 2.6 million people have visited the above cruise ship and airplane.

4."Seaside Resort" , stands opposite at a distance with the cruise ships and giant airplane, is a large shopping and entertainment centre on the coast run by Brionte Morris.

According to a relative conservative estimate from city officials, tourism alone made $100 million revenue in 1983.
Education in Long Beach is relatively developed, in which 60% of the adults have accepted advanced education. There are Joint Teaching Area, California State University, Long Beach and Long Beach University, which enrolled a total of 120,000 students in 1981. In addition,  there are more than 30 private primary, secondary and technical schools, with more than 60,000 students in total.

It is rare in U.S. for a city to have its own orchestras, light music groups and opera houses, while Long Beach makes it.

Long Beach's health care facilities are also comparatively good in America. There are six private hospitals which contain more than 2,000 beds in total, and the “ Regional Hospital” affiliated to U.S. Navy has 1400 beds in all.